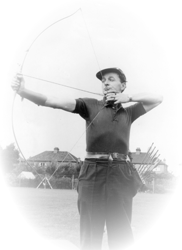 In the 1970’s and 1980’s, the Club grew rapidly and had over 100 members enrolled, with many representing the county, and although numbers were very variable, particularly after the ill-fated Club “Split” of 1985, there has been an extremely positive upsurge of interest since 2008 onwards. This was possibly due to coverage of the sport at the Olympic Games in Beijing, London and Rio, as well as the influence of some popular “Big Films.” Membership currently stands at just over 100, made up from all age groups, ranging from 8 to 80 years. The Club caters for archers shooting the three “disciplines” of recurve (sighted and barebow), compound and longbow archery. 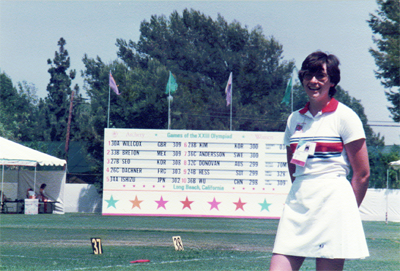 The Club is very active in competitions all year round and a number of our archers have previously represented Great Britain. These include Mark Blenkarne (Olympic Games, World Championships and Commonwealth Games, where he won the Gold Medal), Sue Willcox (Olympic Games, World Championships) and Anthony Green (Junior British Champion and Junior Europa Cup, 1998, 1999). 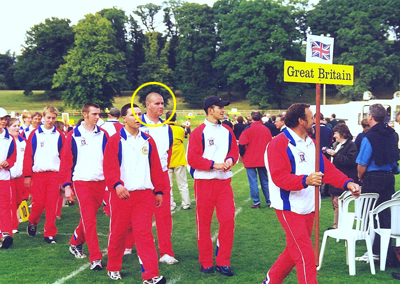 In October each year the Club hosts the Laleham Albion Tournament, a major regional tournament, which has been shot every year for the last 43 years. It has ranked as one of the largest club competitions in the country. Numerous national records have been broken at this event, many by the popular Olympian, Pauline Edwards. In the 1970’s and 1980’s, the Club catered for over 300 archers, where the maximum number of 61 targets was needed, and spread from the current Club House into land now occupied by our neighbours, the Nottcutts Garden Centre.